Kartini Day is a celebration of women's fight against all forms of oppression. To celebrate Kartini Day (21 April 2021), Pantau Gambut spoke with Esther Haluk, a feminist from West Papua and a lecturer at STT Walter Post Jayapura.

What does Kartini Day mean for you?

Kartini talked about emancipation, how are women actively involved in fighting for their rights and taking over areas that have previously been dominated by men. Not intending to replace the role of men, but how can women actualize themselves?

What does women's emancipation mean for you?

Our history is filled with oppression. Women are treated as second-class citizens and Indonesian women are still struggling for emancipation. Moreover, we have a very strong patriarchal culture in Papua, which significantly marginalizes women. Women are part of society, but their voices are not heard, they do not play an important role.

Women nurture life, but they are displaced. When we talk about emancipation, it is about seizing and standing strong as a woman to fight for our rights. Because, at the end of the day, this struggle is not only for themselves but also for their loved ones.

Men and women live together. Every decision made, either political or economic, will have an impact on our lives. Women as the custodians of life are most affected by all of this. The custodian of life in this sense refers to the nature of women, rather than other contexts.

Women, due to their nature and social construct, will be affected. Therefore, all decisions made by women will be a decision to preserve life, rather than destroying it.

Is there a connection between women's issues and environmental issues?

In Papua, women, and nature are integral elements. Although women culturally do not have access to land, women are active land users. Therefore, the relationship between women and land, women and the environment is very strong. We all think of nature or land as the "mother” that provides life. Our civilization consists of several stages, but we have not reached the development stage of a very modern society, which exploits nature. We live very close to nature.

Men may be involved in the early stages of establishing plantations by clearing land and weeding, but women are more familiar with planting, tending, accessing forests and medicinal plants. This close and intense interaction with nature allows women to have such knowledge. Men may have control and make decisions because they hold land ownership due to patriarchal culture. However, women are more familiar when life, local wisdom, knowledge production due to their interaction with nature.

Therefore, women are strongly disadvantaged in the issues occurring in Papua, such as deforestation, land grabbing, the Special Autonomy Law, or the Omnibus Law issued by the central government to seize the lands of indigenous peoples. The knowledge that we have, passed on from generation to generation, is held by women. If their access to land becomes increasingly limited or if women are deprived of their access to land, our civilization identity will naturally disappear. Women have to survive.

Many studies, such as those conducted by Gecko Project and Pusaka, addresses the real situation in Papua: how forests are being confiscated. When forests are seized, this is equivalent to cutting off women's hands. The forest used to serve as a supermarket, a place where women were able to develop their knowledge through interaction with nature. Women’s ability to preserve identity and knowledge is eliminated.

If the forest that I have been accessing, to collect food as the forest serves as a natural supermarket, is taken then cut down and destroyed, how will I get food to feed my family? When my child was sick, I couldn't access health services due to the poor access to services and infrastructure in Papua. The only way for me to survive was by relying on medicinal plants and women have this knowledge. However, it is robbed from us. Can you imagine what kind of civilization we will have?

How can we uphold the spirit of emancipation?

My Papuan friends and I opened up spaces to carry out efforts to change our mindset. This is very important because women are treated as second-class citizens due to the patriarchal culture, women cannot play an important role and become actively involved in making impactful policies.

Papuans are being defeated on our land. The flow of investment coming in, state policies that marginalize the rights of indigenous peoples, land grabbing, truly pull us away from our roots.

However, as women, we are affected because in this social structure women are second-class citizens. The culture has marginalized women, even more so in the church's interpretation, if it is wrong, it is institutionalized to legalize oppression or marginalization. In addition, there is also structural violence from policies that do not side with women.

If women's access as custodians of life is restricted, this will also directly affect the society in Papua. I think emancipation requires good intention from all parties in Papua to jointly place and provide space.

Are there any messages for us as modern women about celebrating Kartini Day?

Maybe others in Indonesia celebrate Kartini Day by thinking about how to put women on an equal footing or to talk about emancipation. However, in Papua women are still fighting on all fronts because the violence we experience is multi-layers and a lot needs to be done.

We are still fighting even though our society, our lives are being ruined by the various policies implemented by the central government which truly marginalize us and make us powerless. State violence, strong militarism, and loss of freedom of expression in Papua result in no opportunity to make improvements at a larger scale.

From the eastern part of Papua, we as Papuan women just want to say that we are struggling to live our lives, fighting against all kinds of oppression and violence that is multi-layer. We haven't stopped fighting, we will keep fighting. We are fighting for our independence. 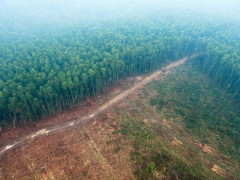 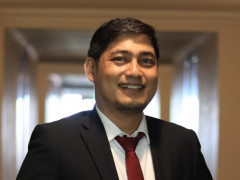